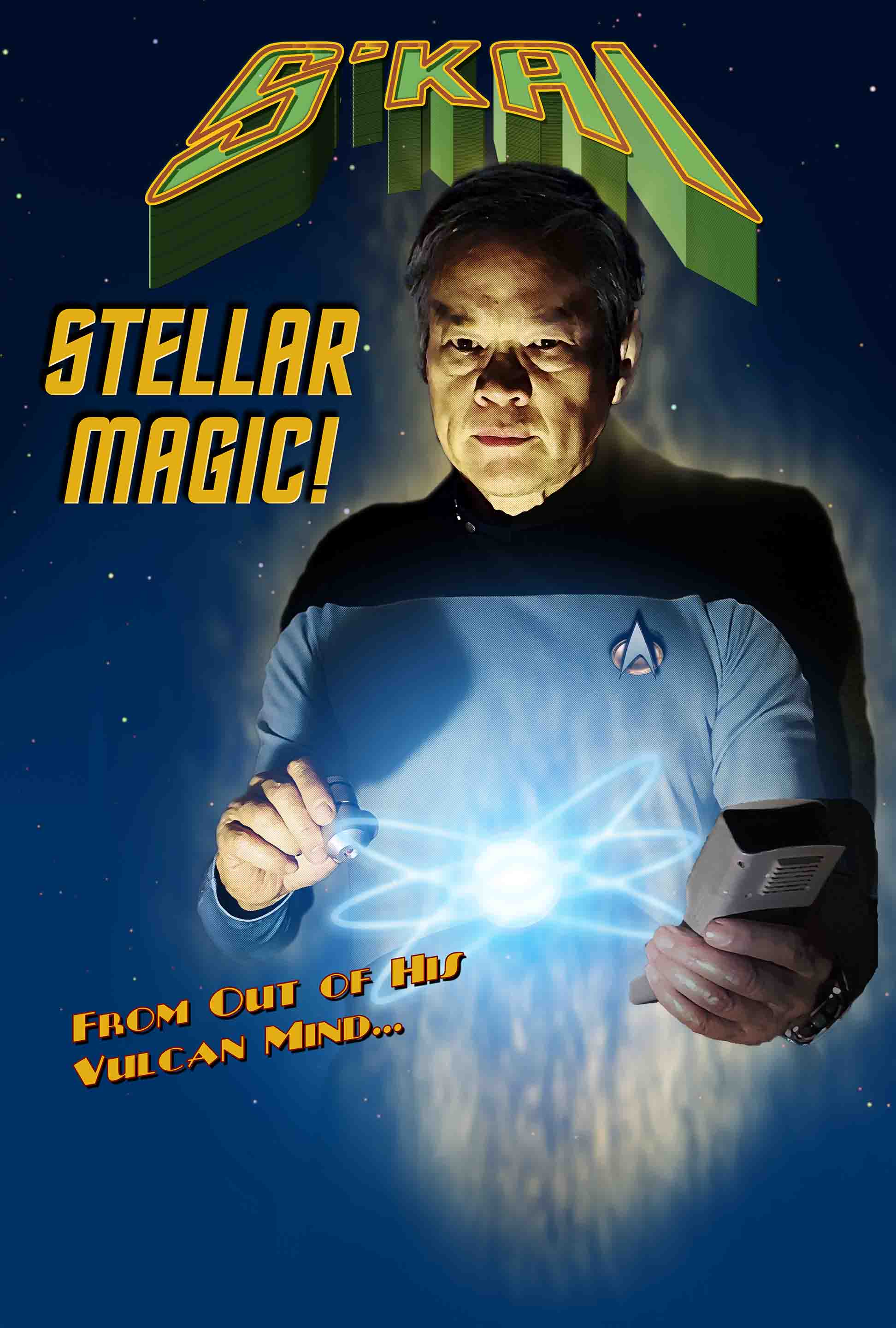 MAGIC OUT OF THIS WORLD

“Amazing! Awesome! Incredible!”
“He's not a magician, he's a wizard!”
“Best close-up magic I have ever seen”

Actual quotes from those who have seen DR. Willie Yee's Magic.

Dr. Willie Yee's magic has engaged audiences all over the country, from individual families to science fiction conventions to Red Cross disaster survivors and volunteers.

Audiences large and small, online and in person have experienced the excitement of magic with roots in the ancient past, relevance to the present, and hope for the future. 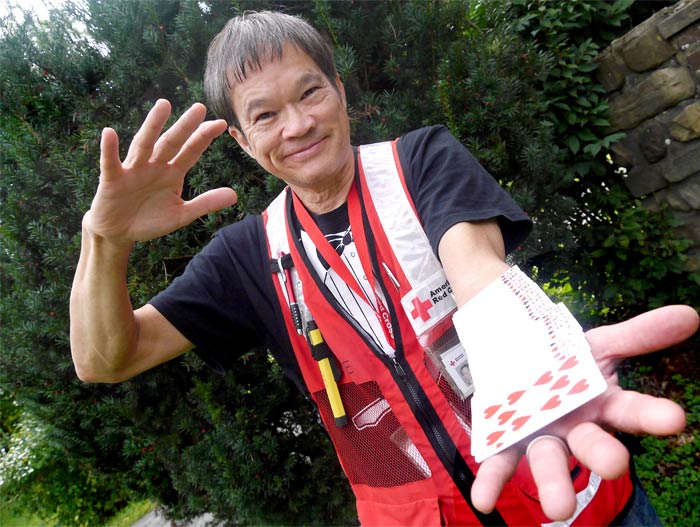 About Dr. Yee:
Willie Yee, M.D. came to magic late in life, age 72, several years after he had retired from a career as a psychiatrist. He was involved in a Star Trek fan film project where he met Terry Morgan, a student of Walter Gibson. Terry took him under his wing, and soon declared that Dr. Yee was the fastest learning student he ever had. Dr. Yee soon themed his magic to Star Trek and science fiction and developed the character of S’kai, Vulcan’s Greatest Magician.

From the beginning however, his major motivation was to learn magic that he could use in his work as a Red Cross volunteer. He thought that magic would be a way to introduce himself to disaster survivors. “I soon found that magic was not an introduction to mental health interventions, but in fact WAS the intervention. Giving shelter residents a magical memory not only lifts them out of a miserable situation, but generates a memory that can compete with the trauma of a disaster,” says Dr. Yee. He has since developed a program to teach Red Cross shelter volunteers magic so they can interact and perform with shelter residents.

After several years of working with Terry Morgan, Terry said that it was time to move to the next level and encouraged him to take a Master Class at the McBride Magic and Mystery School. “It was a life-changing experience. It changed not only how I did magic, but the place that magic had in my life.”

In 2020, he was able to adapt his shows to Internet performance with the help of courses and another Master Class at the Mystery School. As a result he was able to do more performances in the course of that year than he would have, had he only been doing in-person shows.